A Matter of Perspective 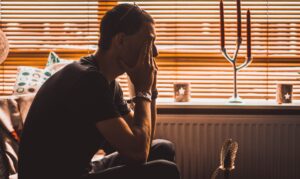 There once was a blind man who was miraculously given his eyesight. For his entire life he had accomplished everything he needed to do without the benefit of eyesight. Instead of utilizing his vision, he leaned heavily on the use of his other senses.

When he was suddenly able to see, he had nothing to relate his new eyesight to. What was once familiar was now strange and complicated. He was seeing things for the very first time, and he did not know how to travel his daily path by sight. In the beginning, even with his repaired eyesight, he still relied heavily on all of his other senses to guide him. But eventually he was able to use his new perspective to inform his other senses about things he was already familiar with from another angle. He was able to see old things in a new way, and was ultimately more informed and better equipped to handle everyday challenges with his newly broadened scope of understanding.

As an advisor, a lot of what I do revolves around helping people to see things from a different perspective than they have before. Many of the concepts we cover are either brand new, or at the very least approached from a new direction. Like the blind man adjusting to his newfound eyesight, it can sometimes be difficult to adjust to a new perspective. And that’s ok.

After all, you don’t know what you don’t know, and you can’t see what you can’t see. But that doesn’t mean that there aren’t things out there that could have a significant impact on your future. My role is to help you to identify threats as well as opportunities, and broaden your understanding with added perspective so that you can address financial challenges with more resources than you have ever had before.